Special to The Globe and Mail 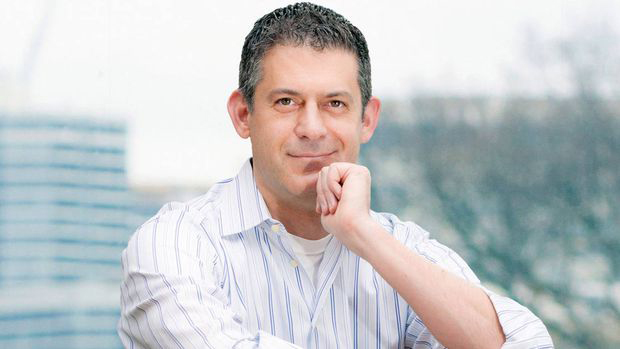 Dan Breznitz, the Munk Chair of Innovation Studies and co-director of the Innovation Policy Lab in the Munk School of Global Affairs at the University of Toronto, says that while the too-nice argument has no relationship to reality, its understandable, and brings opportunity.

Shortly after he bought Shimco North America Inc. in 2011, Peter Voss found the staff of the company, which makes spacers for machines and aircraft parts, talking with a neighbour from across the street.

The man was asking them to make a washer for his broken lawn mower. Shimco, which was then based in Markham, Ont., had been in the practice of performing such favours, such as providing a sheet of aluminum to patch the roof of a chicken shed, “just to be nice,” Mr. Voss says.

But Shimco was in the business of making precision shims for international manufacturers such as Bombardier and Bell Helicopter, “and we would have had to stop production for an hour to make a washer that he could have gotten at Canadian Tire.”

While this example of neighbourliness might seem harmless, it leads to a broader question: Does Canada’s inherent “niceness” at home get in the way of the country becoming a real business competitor in the world?

And are we perhaps bound to fail at improving our less-than-stellar record on innovation and productivity because we’re bred not to?

One lens to view this phenomenon through is government aid for startups.

Wal van Lierop, president and chief executive officer of Chrysalix Venture Capital in Vancouver, says that “typically Canadian” niceness means that government programs subsidize thousands of small companies, dividing the pie in a way “that is very nice but also very political, and it is not necessarily using the money in the best way to build future strength.”

The majority of such startups are otherwise unsustainable or end up ripe for acquisition by larger firms, Mr. van Lierop says. More strategic support, on the other hand, would focus aid in areas of the country and sectors that accentuate Canada’s competitive advantages, for example in technology related to mining and resource development. It would also favour startups that have good odds to grow and the highest potential value for Canada. Pruning and letting go of non-viable companies is necessary.

“If we don’t make strategic choices, then others will come and eat our lunch,” he says. “We are very nice, but my fear is that that niceness is going to bite us in the tail. � I think we can remain nice but become a little bit more business savvy.”

Dan Breznitz, the Munk Chair of Innovation Studies and co-director of the Innovation Policy Lab in the Munk School of Global Affairs at the University of Toronto, says that while the too-nice argument “has no relationship to reality,” it’s understandable, and brings opportunity.

“People try to see explanations why we’re not doing well and they grasp at straws. The easiest explanation is cultural,” he says, noting that studies in the 1970s suggested that Israelis were by nature prone to avoid risk. “Now everyone claims that Israel’s entrepreneurialism is cultural. I find it hilarious.”

The niceness theory is difficult to believe given that Canadians who are in key jobs in the United States all seem to be extremely successful, Dr. Breznitz notes. “Is it that you cross the border in Buffalo and you become vicious and competitive?”

The more likely explanation is that the business environment and the resources there are much more supportive, while startups in Canada struggle with overregulation, poor support from banks, and large companies that he calls protective, risk averse and unpatriotic.

“Let’s just open up to the fact that, and realize that, Canadians are failing in high tech because they have a terrible system and change it,” he says. “We are in an environment where it’s extremely difficult to grow companies.”

Meanwhile, the image and overall reputation of Canadians as nice and trusted is itself a competitive advantage, he says.

“We’re known to actually appreciate justice in the international arena. We have a brand name of people you can trust, who make decisions based on merit and that are ethical,” Dr. Breznitz says. “We have a lot of social capital there. Instead of claiming this is an obstacle, we need to figure out what’s good in that brand and use it.”

Government protection stifles open competition and therefore creativity, says Daniel Debow, an entrepreneur and angel investor who is CEO of Helpful.com, a young software company in Toronto. But he says, “I don’t think that Canadians are too nice.”

“Innovation doesn’t come from the goodness of people’s hearts, or whether they’re nice or not, it comes from competitive pressure,” Mr. Debow says, noting that perhaps national character brings Canadians to elect more protectionist governments.

Top-tier venture capitalists, meanwhile, are enthusiastic about getting into Canadian deals, with no sign that they think we’re too nice, he observes. “I’m pretty aggressive and pretty competitive, so no one would say that about me.”

Can Canadians be seen as nice and still have a killer instinct?

Mr. Voss of Shimco says that since he bought the company six years ago, he has expanded its aerospace business and aggressively secured contracts with large foreign aircraft makers such as Airbus, Embraer and Boeing. He has moved the firm’s headquarters to Cambridge, Ont., where he has set up research programs with universities. Sales have tripled since 2011.

Shimco works hard at building close relationships with international clients, fostering a reputation for being co-operative, innovative and yes, nice, he says.

Though his company no longer machines parts for neighbours, it recently made a donation of $75,000 to a local hospital, caring for the local community, Mr. Voss says, “in a meaningful way.”

Source: THE GLOBE AND MAIL